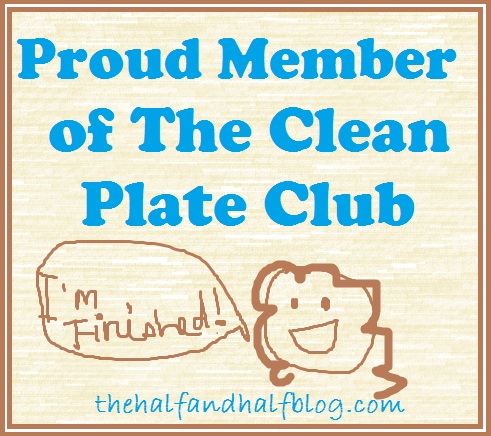 The first thing I do when I know I’m going out to eat is look up the menu online.

The second thing I do is show up with a predetermined idea of what I want to eat, see the menu in front of me and immediately act like I’ve never seen any of the entrees before.

I have this thing where I feel like I need to eat all of the things on the menu for fear of missing out on something delicious.  I want four different appetizers before my main meal.

Against my company’s wishes, they eventually oblige my need to fulfill all my cravings, and order an array of teaser treats and divine dishes that I will never, under any circumstances be able to finish.

Or maybe I just hated what I got.

After the meal, we box the unfinished dishes up.  We take the leftovers home.

Much like going out to dinner, life’s expectations never match reality.  Sometimes experiences aren’t what you expect.  Things don’t always go according to plan.

At the end of the day, you never really put everything out on the table.  As human beings, we like to keep things, harbor them, pack them away.  We never want to purge our lives of things that are meaningful.

We keep the leftovers of relationships, fights, and adventures.  We harbor them.  We might need them later on.

So we take them with us, put them away, and save them for later.  For better or for worse.

Leftovers come in many different forms.

On the one hand, there are the ones that stay good for a long period of time.  These are the good times, the memories you want to keep, the ones when you open up that box and remember how juicy that steak was, and how it was perfectly paired with those mashed potatoes.

Kind of like how you felt when you put on a dress after losing all that weight, and getting to pair it with those heels you’ve been waiting to wear for months.

On the other hand, there are the meals you take back and they just aren’t good after a day.  You take it out, open it and immediately regret thinking you could handle this at a later time.

These are the mornings after a night of drinking and you reach for a water bottle, only to take a swig of straight vodka.  Thank you, college.  You can die now.

Sometimes you want to take it home just because you paid for it.  Like that impulse purchase at Marshall’s, again, that you’ll only really wear once, but you had to have it, even though it just ends up claiming space in your closet.

You take them home because you feel bad.  Like that sweater your grandmother gave you for Christmas or that guy who was really nice to you at the bar (but you’ll totally be a lady, of course).

Maybe it was part of a meal that you will never forget.  Like a fight with your mother where the words still linger in the coming years.

We all have leftovers.

Except for me.  I am part of the Clean Plate Club, suckers. #NoRegrets

7 thoughts on “Proud Member of The Clean Plate Club”