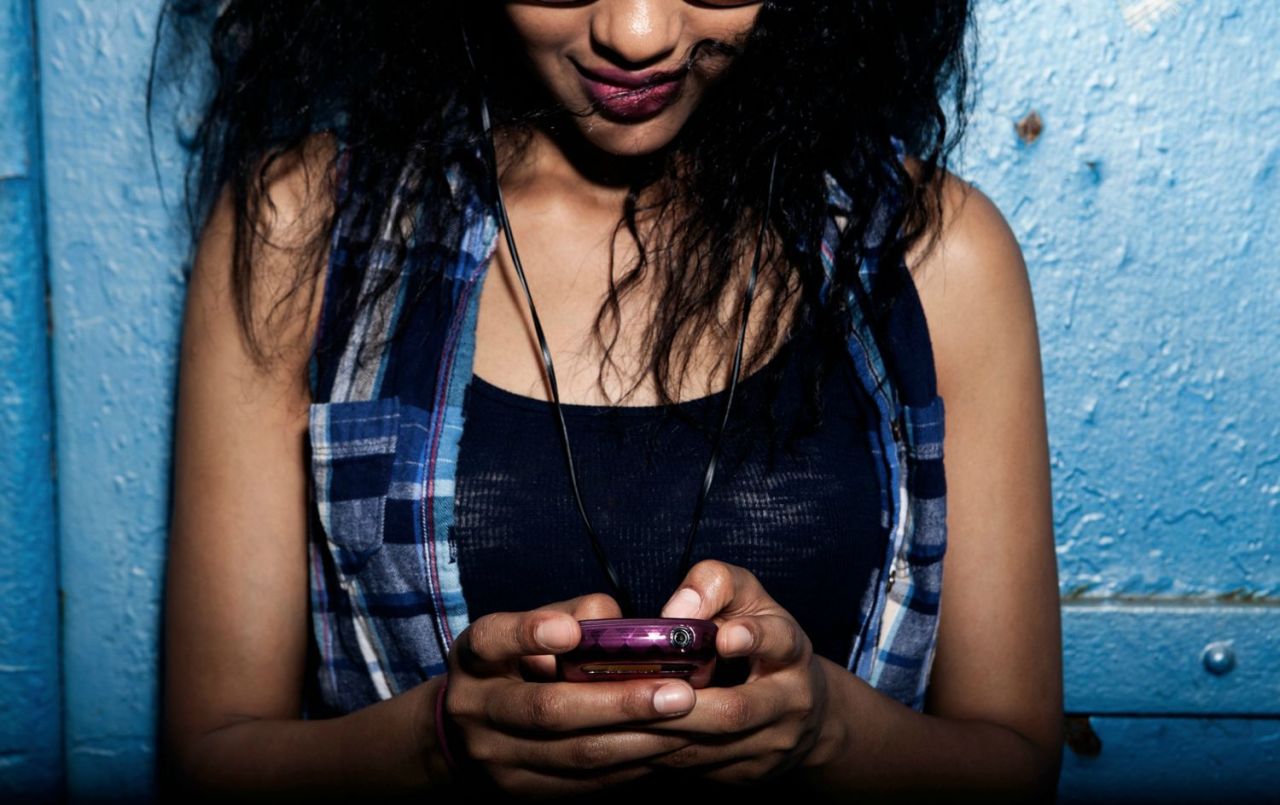 It’s that person talking to you on the subway, the one asking about the weather in the elevator, that guy in the bar trying to make conversation with you while you’re waiting for your friend to show up.

Yeah, they’re alone too, but seriously, don’t they have a text message to answer or something?

The whole idea of spontaneous communication has been misconstrued.  If you talk to me without a reason, I assume you want something from me, you’re weird, you’re lost, or you’re just creepy.

It may be because I hail from the northeast.  Things tend to move a little faster up here, we tend to be a little more ornery when it comes to personal space, and I guess, maybe we just think we’re a little more important.

Because we definitely have text messages to answer, and if you’re talking to me without a reason, it’s not going to be well received, because my mother needs to know that I ate three pork chops for dinner, and it’s imperative that I type it NOW.

When did it become uncomfortable to wait for someone without the security of a screen?  Why do people feel the need to answer text messages at dinner?  Or pick up phone calls on the subway?  Why are we so dependent on constant connection, yet we can’t seem to welcome a social interaction that isn’t primarily digital?

We are so concerned with friend counts, that we would request to be ‘friends’ with strangers, getting excited at how many people like what we’re doing, but we can’t sit at the same bar with a new face and speak to them directly without questioning intentions or why he or she cares about our lives.

In short, the world is fucked up.

Genuine conversation is depleting faster than the ozone layer. It is so hard to talk to someone you don’t know.  I mean, really, though… what are you supposed to say?  Hi? That’s dumb.

Standing in line waiting for lunch, some guy is talking about his favorite sandwich condiments.  He happens to love BBQ sauce almost as much as his unborn child, just like me.

But I have text messages to answer, no need to chime in with my two cents.

The older man at the bus stop has a war veteran patch on the jacket he wears every day.  He’s been through some serious shit, seen things people should never see, has perspectives that would shatter bigot minds and open eyes to what is really going on.

But no one notices his patches, no one hears his stories.  There are text messages to answer.

How about those love stories where the two people met on a bus and sparked up a conversation, the girl who dropped her keys only to have the guy of her dreams pick them up for her, the guy who moves into his new apartment and rides the elevator with the girl of his dreams?

Because there are text messages to answer.