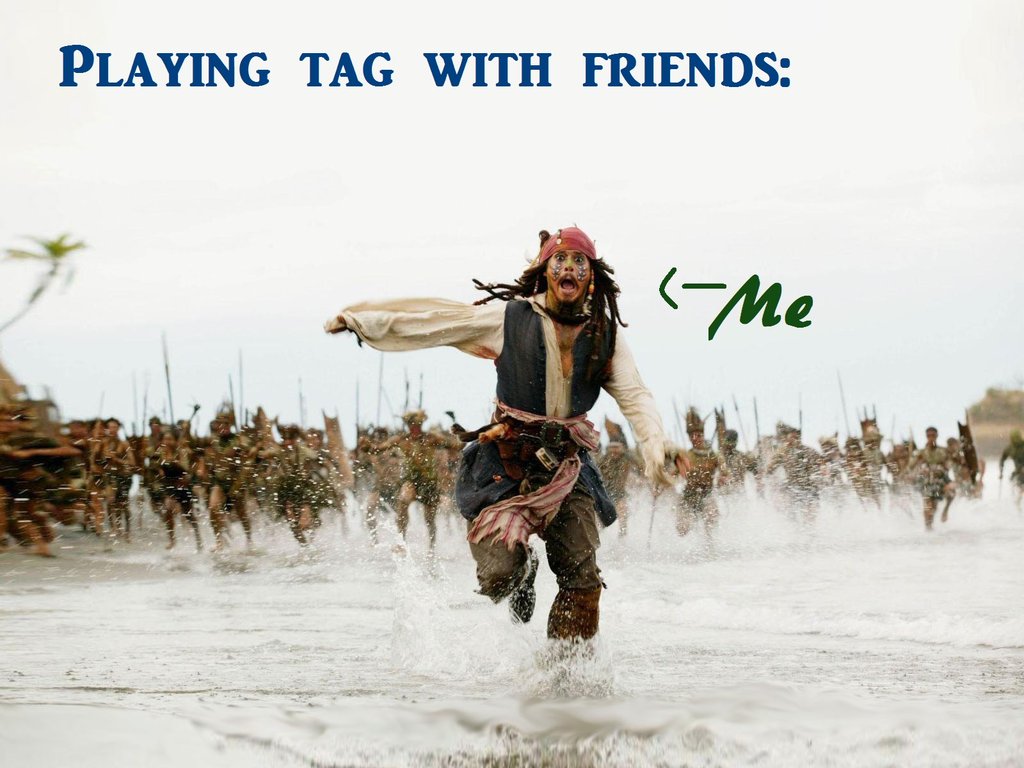 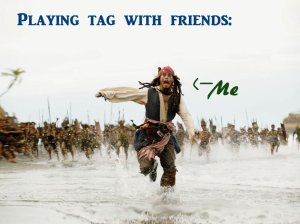 Humanity has lost its mind.

We’re just all living in one, big, ozone-covered insane asylum that is slowly but surely turning all of the world’s children into pansies.

Playgrounds were once viewed as a voyeuristic jungle in which a child could pretend to be anything he or she wanted.  Now, they are reduced to kindergarten demilitarized zones in which kids are forced to simply just sit down and watch as the swings sway in the wind.

Tag is banned.  Dodgeball is eradicated.  Fun is gone.

Now, I got hurt quite a bit as a child.  From my middle finger almost being severed (which would have been tragic considering how much I use it), to a tree and bike collision, my childhood was far from band-aid and emergency room free.

But I like to think that despite all the cuts, bruises, and broken bones, I turned out to be a socially capable adult and functioning member of society (Please refrain from further investigating that statement).

I also like to think that playing (physical) games during recess in elementary and middle school are crucial to cognitively developing social skills with other people.  How is a kid going to grow up knowing he wants to play football if he never gets the chance to play it during school?  How is a child supposed to know what defeat is if everyone gets a trophy and there are no losers?

Newsflash:  The world is full of football and defeat. Life is tough, to ignore it is preposterous, and to ban it is blasphemous (big word usage, +100 points). Get a helmet and go back out there.

This one is about a trip down memory lane and paying tribute to the fallen soldiers of the recess game world.

Let’s take a look at the games considered too dangerous but I played them and turned out fine:

Red Rover: Ahh, Red Rover, Red Rover, send Pete on over! The classic game of death grips and running full speed ahead at the weakest pair in the line.  This is a game of strategy for both teams.  So while you’re over there picking the weakest kid on the opposing squad to run through your child chain linked fence, he or she is over there plotting the same revenge to be extracted.  And is there a better feeling than breaking through an elementary arm grip?  I don’t think so.

**Redeeming Value: Learn how to shake a hand.  Have you ever shook someone’s hand and it was like holding a dead fish?  Prescribe that kid a game of red rover and he or she will have the firmest handshake in town.

Tetherball: I’ll be honest.  I made my mom put a tether ball up on a tree in my front yard so I could practice daily.  There were lines out the playground to get a piece of the tether ball champion at recess.  The best was the momentum, once you got it, there was no stopping – and hearing the chain that connected the ball to the rope hit the pole to end the game was nothing short of a magical experience.  Short kids shouldn’t play this game. It’ll be an uphill battle from day one.  Sorry.

Butts Up: Fifth grade aim is mediocre at best. Plus, if you were a girl lucky enough to survive three rounds of this game – you were pretty much guaranteed a prom date by age seven.

**Redeeming Value: Obtaining a prom date earlier than everyone else.  Avoiding that type of stress is seriously encouraged.

Freeze Tag: Survival of the Fittest.  Run or be frozen.  Don’t know how you can take that away from a kid. If you were the only kid to escape freeze tag without becoming a statue?  You’re a legend, and definitely a future Olympian.

**Redeeming Value:  Learn to be a statue.  If you’re good at freezing, you’re probably good at being one of those guards in front of the royal palace who don’t move at all. Or you could become a gargoyle or a garden gnome, depending on your level of ambition.

Dodgeball:  What were balls made for if not for dodging?  Get over yourself.  If you’re out, sit down. Hopefully there’s an athletic Joe out there who can catch a ball and you can learn how to shadow the good kids and not get out on the first throw.  If you don’t have athleticism, use your brain. Making the star baseball player become a human wall for you is probably the best advice I will ever give.

**Redeeming Value: Learning to sneak under the radar.  Shadowing the best player on the team will ensure you that you will at least not be the first one out, thus you’ve removed the brand on your face that says you suck at throwing and catching. CHA-CHING.

Rest In Peace, Recess Games.  You were always there when I needed an ego boost or stress relief.  Hope you’re up in activity heaven just hamming it up with banned books and platonic hugs from inspirational teachers.  There is now a thirty minute play period in schools where kids just kinda sit down and stare at things.  It’s apparently way more fun and a lot more safe.

PS – I challenge anyone to a game of tetherball. Anyone 5’4 and over 160lbs with extreme athleticism need not inquire.